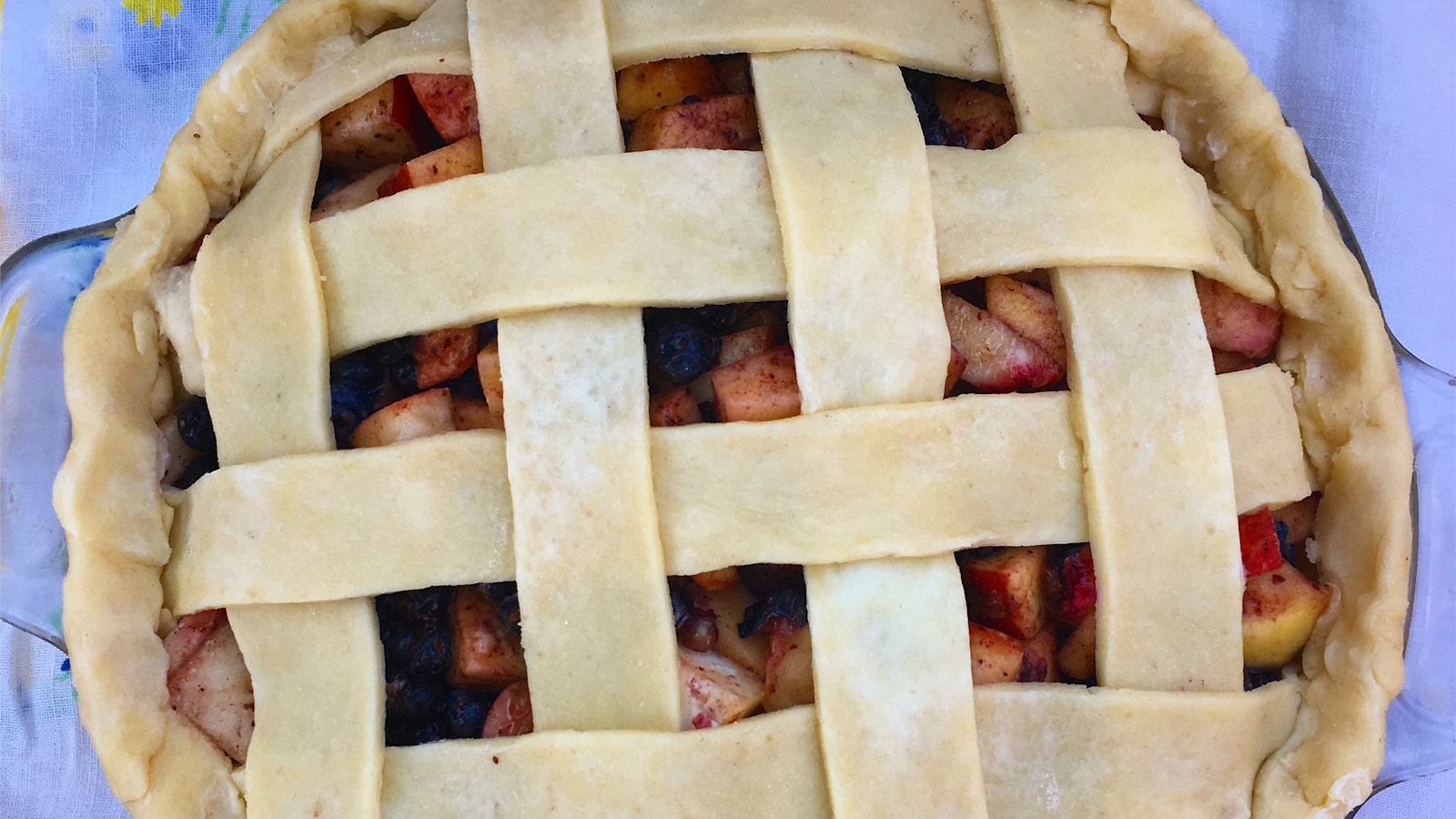 I wasn’t ever going to write this post but here I am, ready to give away my pie crust secret. Why? Maybe I've found transparency is queen in my new 34 year old self. I used to think pie crust was the easiest thing to make, everyone must know how to make it, but then again, I used to think a lot of things that have been swiftly disproven. I started bringing pies to nearly every party I was invited to when I was 23 (maybe this is why I was invited?). Everyone would always ask the same thing: “Did you make the crust?” Yes. Of course I did. I'm far too frugal to buy pre-made crust, even if the flavor and textures compare, which they don't. Pre-made crust is the tortilla to the handmade crusts bread; completely different. To me there is little point in pie without the handmade crust. 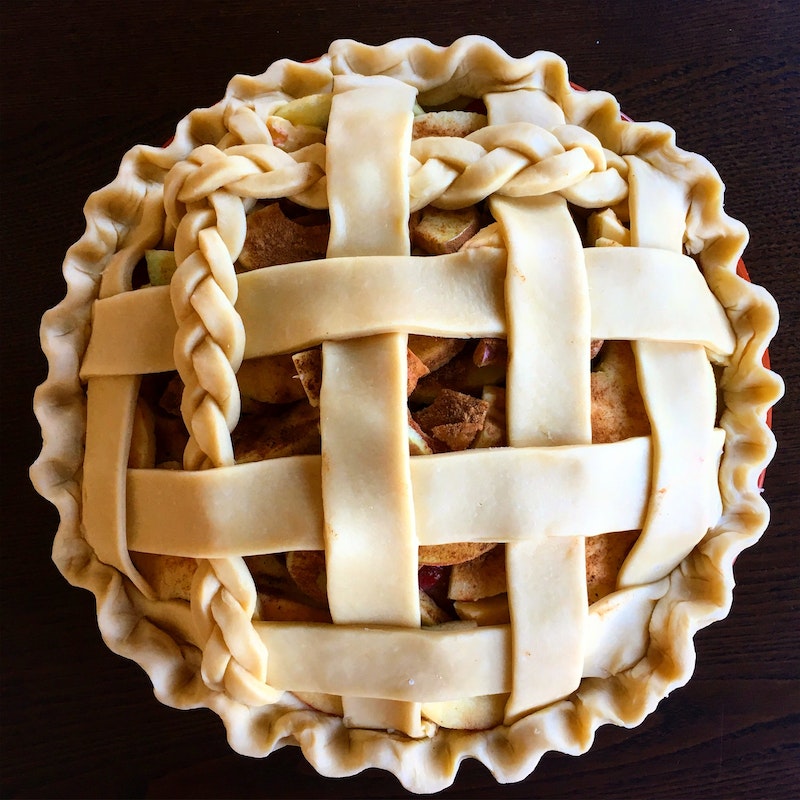 I’ve tried a lot of methods and a lot of ratios but I always go back to this one. It has been inferred various times that I use too much butter in my recipes but I’ll go ahead and remind everyone that “too much butter” is a relative amount. Also, my grandma taught me that I can put as much butter as I want on my bread, and that goes for my baking too. Now too much margarine is another story and very possible. 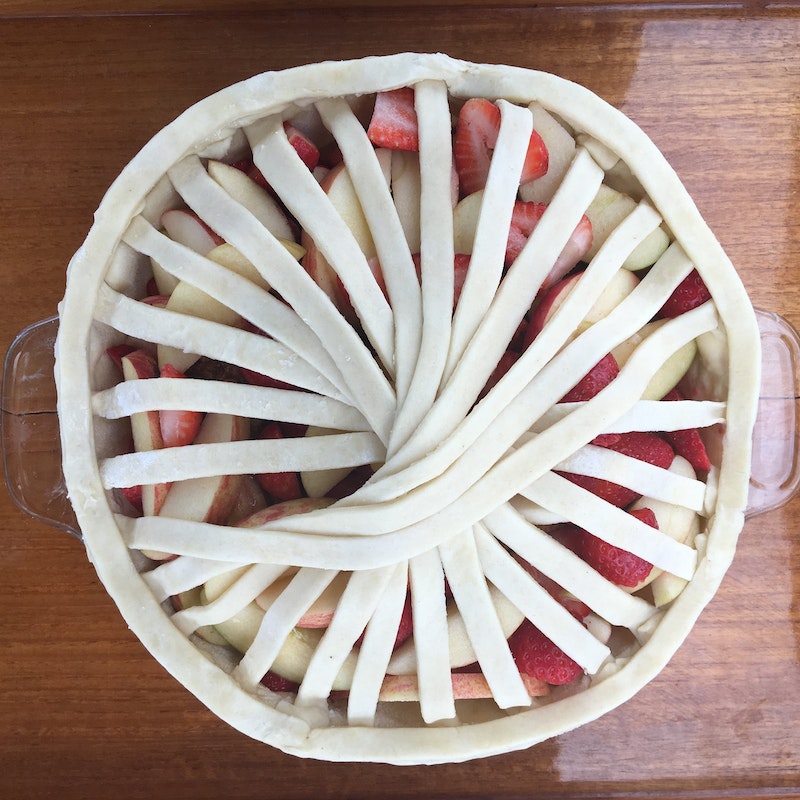 What I’ve learned from testing many methods of pie-baking is that it’s all about the sugar. Many people and bakeries put no sugar in their crust, but add a half of a cup or so to their filling. In a fruit pie this is largely unnecessary as the fruit is very sweet and baking evaporates the water, accentuating the natural sugars. Instead, I add a few tablespoons of sugar to the crust and leave the sugar out of the pie filling entirely. The sugar not only flavors the crust, but it adds a little carmelization and crispness to it as well, creating a nice browned crust that is just a bit sweet.

That's my secret and now it's out.

(As a disclaimer, I'm not a fan of a fruit pie filled with syrupy sugar. My pies are basic and rustic: baked fruit and a buttery, flaky crust. It's that simple to entertain my tastebuds.)

This recipe will make one crust for a 9" pie plate. If you want a top and bottom crust, double the recipe. It's most easily made in a food processor, but if you're on a boat or just want to use your hands, that brings out the best texture.

Measure flour, sugar, and salt in a mixing bowl or food processor. Cube butter into 1" pieces and cut into the dough either with your hands or by pulsing the food processor. Once mixture is crumbly and butter is mixed evenly into the flour, slowly add water while mixing until a dough forms. Dough should be smooth and not too sticky or too dry. It should sit on the counter top without leaving parts of itself behind. You can add more flour or water as needed. Once finished, place in plastic wrap or an airtight container and refrigerate for 30 minutes before rolling out. If you've doubled the recipe for two crusts, divide in half before refrigerating. Flour surface before rolling out. Make your pie!