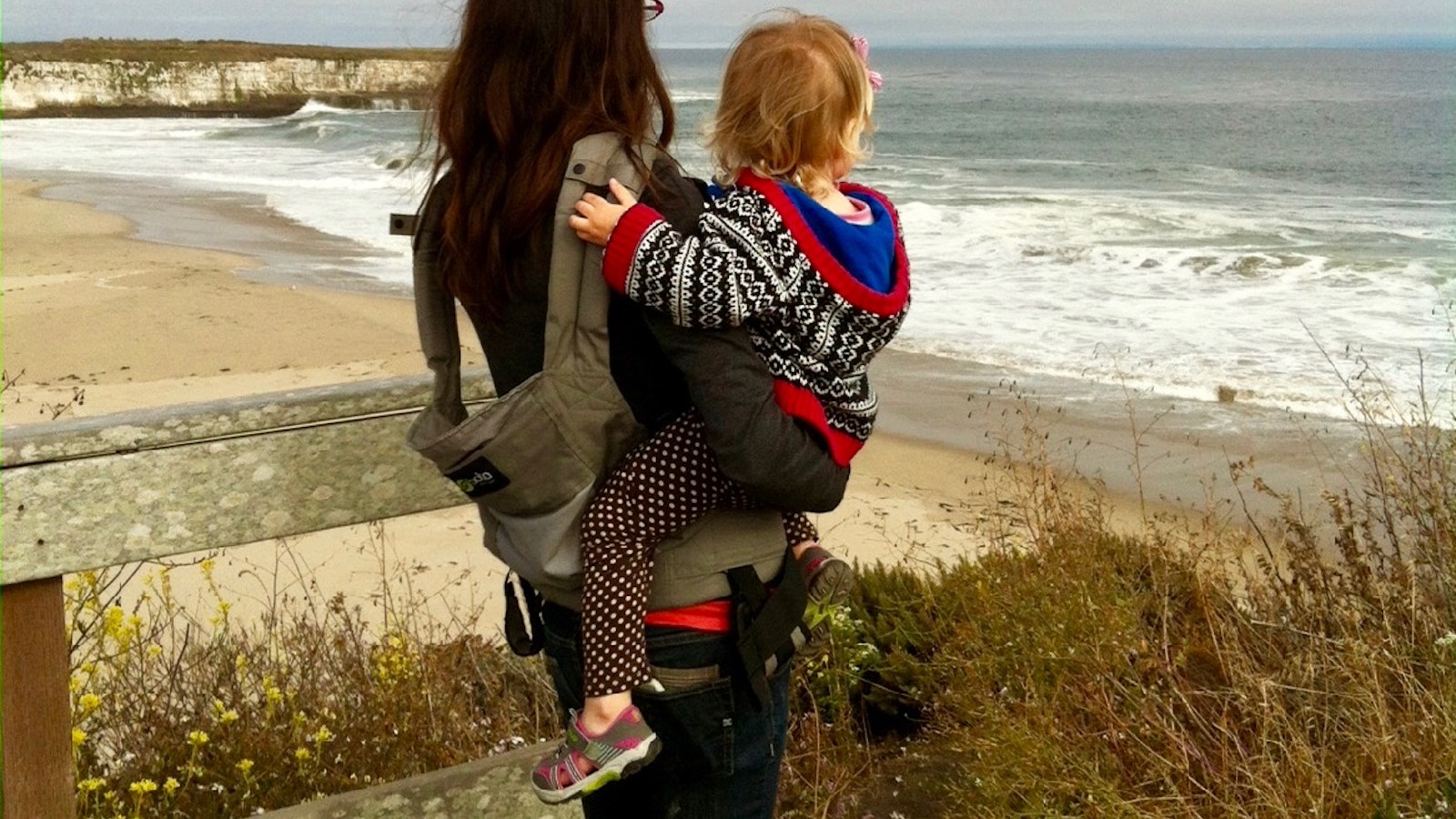 The Bigger Picture: My Life in Plans

When I was little, shortly after proclaiming I wanted to be a cashier when I grew up, I expanded my horizons a bit and decided an farmer was a better profession. Then I wanted to add some medical skill into it and become a veterinarian. I realized I’d have to deal with dying animals so that faded quickly (I actually used to like animals in homes, but now I’ll tell you they don’t mix). An actress, cinematographer, writer, architect, urban planner, politician (fueled by shaking Al Gore’s hand while waving a “When Women Vote Democrats Win” sign in 2000), ski instructor, and teacher were professions my younger self toiled with until I attended college.

This was when I became undone from my inflated academic image (I had all the good grades and high test scores one could hope for). I found it difficult to excel at any university class that wasn’t Spanish. Sure I was probably choosing the wrong classes, or I should have taken a year off between high school and college, but at the time, I knew how to speak and read Spanish and I knew how to take a hint. So, after an incredibly bleak and brief stint of student teaching during the two months in which my declared major was “Elementary Education,” I decided I was better off majoring in Spanish and graduating college as soon as I could. 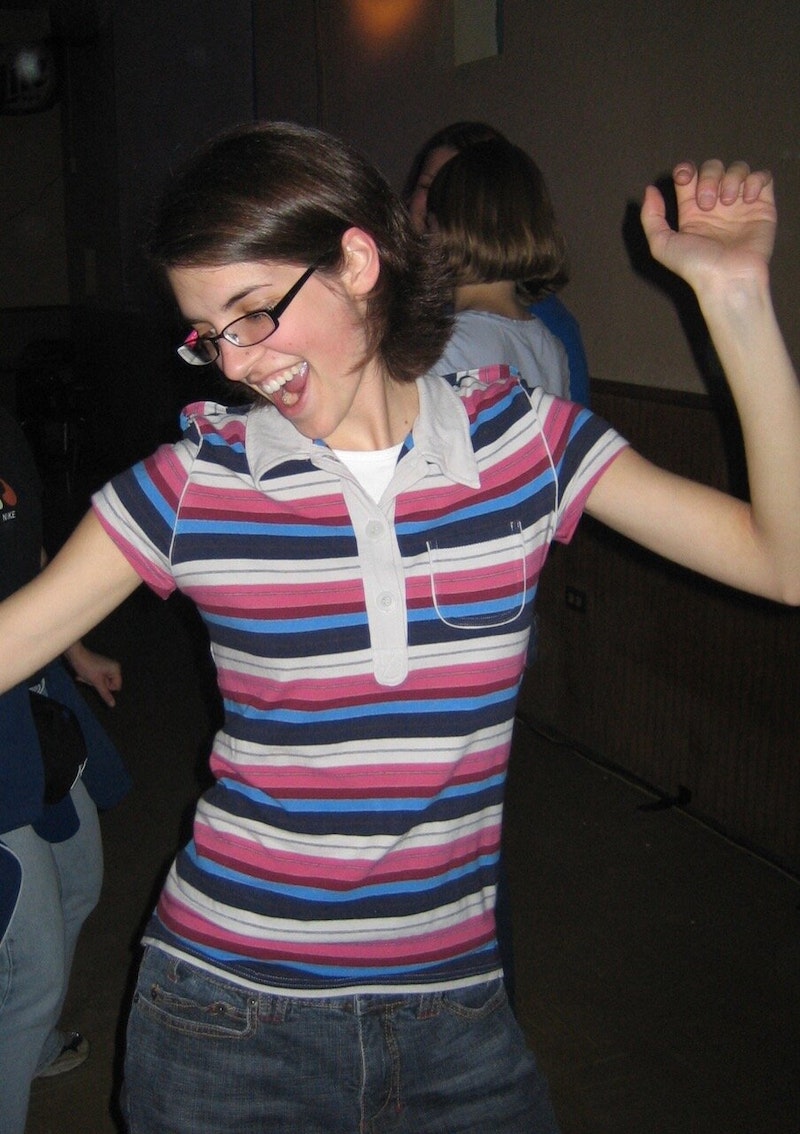 My main goal was to get enough of a skill polished to travel (meaning, earn money/room and board to sustain my travel), while keeping my GPA barely floating over 3.0 (I tried for higher, but couldn’t quite make it happen amidst some growing up to do, and some panic attacks…more on that another time), in case I could one day figure out what I actually wanted to study and go to graduate school. Unlike other students who studied things like education or biology with the hope that they could become employed, I wasn’t that conventional. Maybe, in the best scenario, I was resourceful in other ways. I guess I didn’t put much thought into employment at that moment. A real job would have to wait until I traveled enough to figure out what said job would entail. Ironically, three years of “studying” for travel ended in graduating with a Bachelor of Arts in Spanish, moving back in to my mom’s house, and becoming employed. No travel. 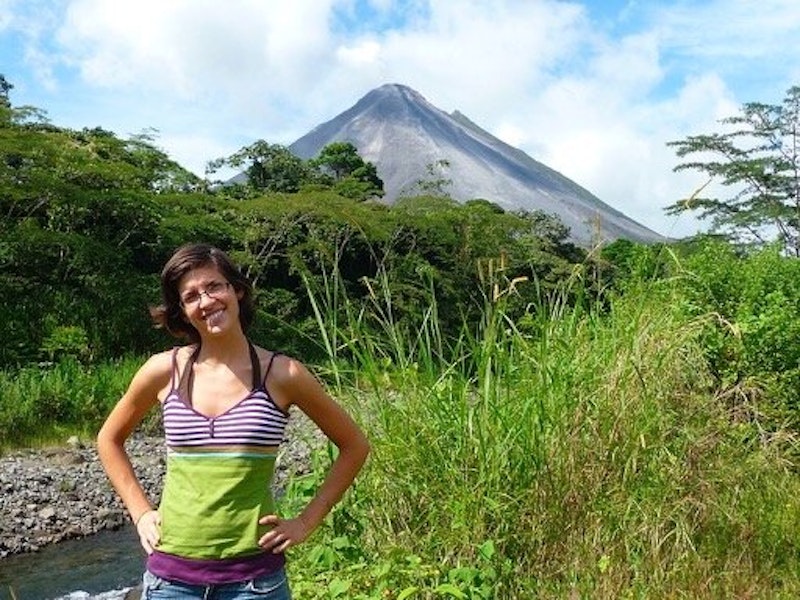 I eventually did travel. Me at Vulcán Arenal, 2010

Of course I told myself, “I’m still going to travel,” and of course having a boyfriend who wanted to take root, find jobs, and buy things like cars and a house blurred my travel goals. We had dated for two years in college but within two months of being “adults” outside of college, I realized our lives were on different trajectories. I broke it off, worked a bit, traveled a bit, and tried out some of the professions that seemed like good ideas at the time (although I still haven’t tried being a cashier).

At the age of 30, I became a Lactation Consultant, which had been left out of any career list I had ever made for myself, probably because Googling “what should I be when I grow up?” doesn’t populate quizzes that offer Lactation Consultant as an result. And yes, I took all the quizzes. Presently, I’m a health coach and I’m still not sure any of my career ventures, health coaching included, have really fit with what I feel I’m best at and enjoy doing. Since I’m technically a millennial, I’m a firm believer that you should enjoy your career, otherwise what’s the point? Had I been brave enough to choose a career that actually fits me, I would have chosen to be a writer, or create podcasts out of interviewing people about their lives (even thought that wasn’t really a thing until 2004 or so), which is I suppose a sort of writer, or maybe I would have had the confidence to be an actress, or maybe in the moments I feel I’m really funny, a comedian. I mean what is the worst that could have happened: I find out I’m actually not funny and go back to teaching people how to recycle at the local recycling hauler?

Eleven years after graduating college, (someday I’ll write a book detailing those 11 intermediate years, because there’s a LOT of good content there) I found myself in Maine, on a sailboat, with my family: Kai and Rev: traveling. 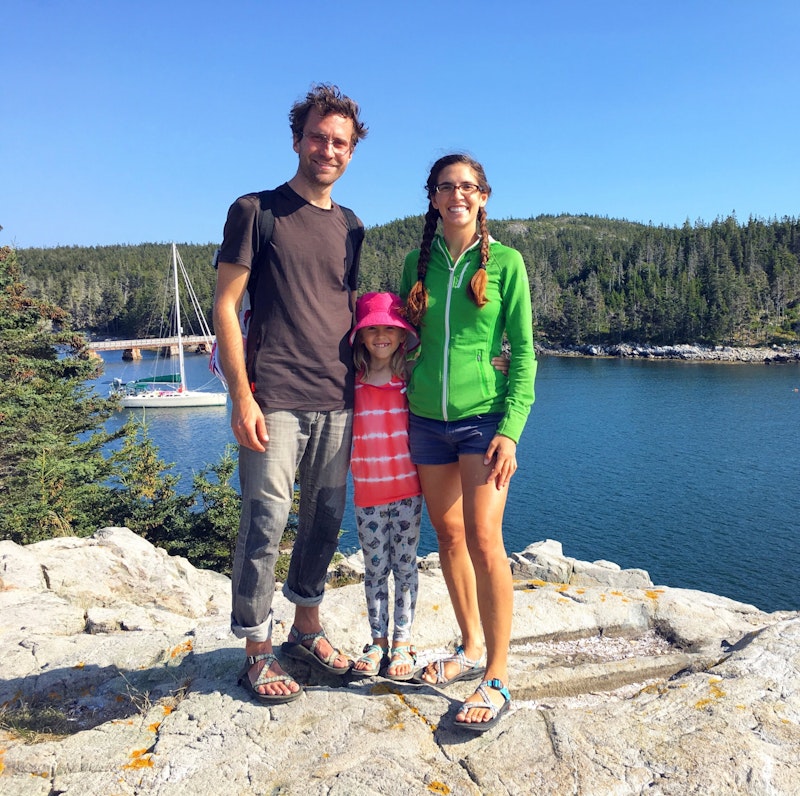 Us in Isle au Haut, Maine, with Twig in the background

I suppose this is a long story of how you never know how things will turn out, or how one shouldn’t feel like a failure even if you’re not doing what you expected to be doing _by now…_that it will come in some form, at some point, if you set it as an intention. I had a plan to travel and to integrate that into my life. At times, it was really all that I could see, and the only thing that I wanted. I never let that go, and although I had never thought that would manifest as sailing, I’m glad it did.

Currently aboard Twig, I find myself coordinately frustrated with thoughts of how we should be in Europe by now, how we should have at least made it across an ocean, how the number of countries visited should be more than three. I have thoughts that we should be traveling to the Caribbean this year with everyone else rather than staying stateside and getting work done (read: being financially responsible) for no other reason than the idea of should…_or on the basis of the amount of time that’s passed between 2017 and now._ Each thought is evidence of my continuing problem of being my own biggest obstacle. Moreover the thoughts diminish what we have accomplished, and take away from our original idea of living in an efficient, small space that allows us to experience the world around us. It really doesn’t matter where we are in the world. It matters how we live in that world.

Knowing myself personally, I find it interesting to look back at how every time I tried to plan something, it went awry, or at least differently than I had planned. Maybe this is just a story of how I’ve been wandering about careers and life without a path. Or maybe I’m not fit for planning beyond a day or a week. Or maybe having few definitions of what I’m doing, and rather, having intentions of making a full life for myself in some form is in itself a path. I choose the latter conclusion.

If you’re wanting to read more about planning or not planning in specific regards to sailing and without my life story, Behan writes about it pretty well.