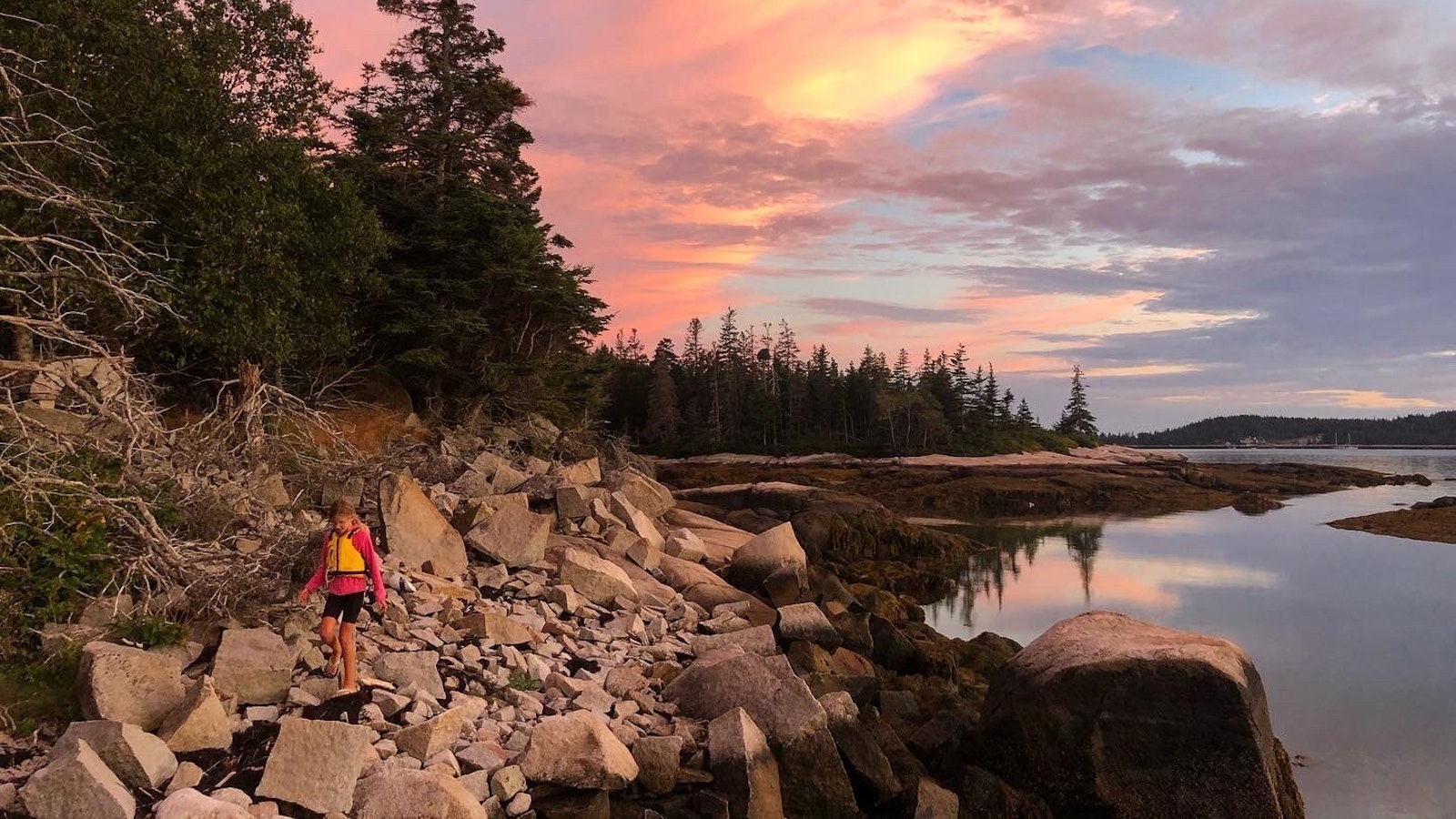 Maine and Writing and Not Much Else

Maine hasn’t been very foggy this summer. Sure, there were two solid weeks of fog rolling in and out during the June and July transition, but nearly every other day has been sunny and bright with little to no wind. I adore the sun and calm waters of a Maine summer. The fog, it seems, has been in symbolic form, outlining the stress and havoc of the rest of the world is experiencing. I’ve tried to write, but my brain has stopped writing how it used to, perhaps due to a pandemic paired with the world realizing that there has been a systemic racism catastrophe for far too long, nothing I have to say seems to be of any importance. Still, my brain forgets some of the most important things of this life, so I’m still drawn to writing, and maybe you’re drawn to distraction from the world events where such catastrophe is now almost mundane. I’m not editing this writing, but rather letting is spew out in whatever form it takes.

This is still our slowest cruising season yet…each month somehow feeling like we’re moving at a slower pace than the previous. We set off from South Carolina April 10th, packed to the gills with food and dry goods to last at least until August. We envisioned ports closing, having to bob around in the ocean for days and weeks waiting for COVID to calm down. Now that it’s September and we’re still arguing about masks (the nation, not “we” specifically) we have the hindsight to see that no ports were ever in danger of closing to us, but that our minds have a great ability to think of every little thing that could happen, even in an unprecedented time. The slow pace we took at first was unwelcome to my body and brain. My muscles wanted to run marathons just to keep my brain from overthinking. At night I’d have a tightness in my chest that I have never experienced. My heart began beating in irregular beats during the day. Stress and uncertainty on a larger scale were getting to me. I am so used to these things on a day to day, in my own life scale, but when securities like food, visiting family, the future of the world started becoming volatile, my usual coping mechanisms weren’t enough and my body was feeling it. 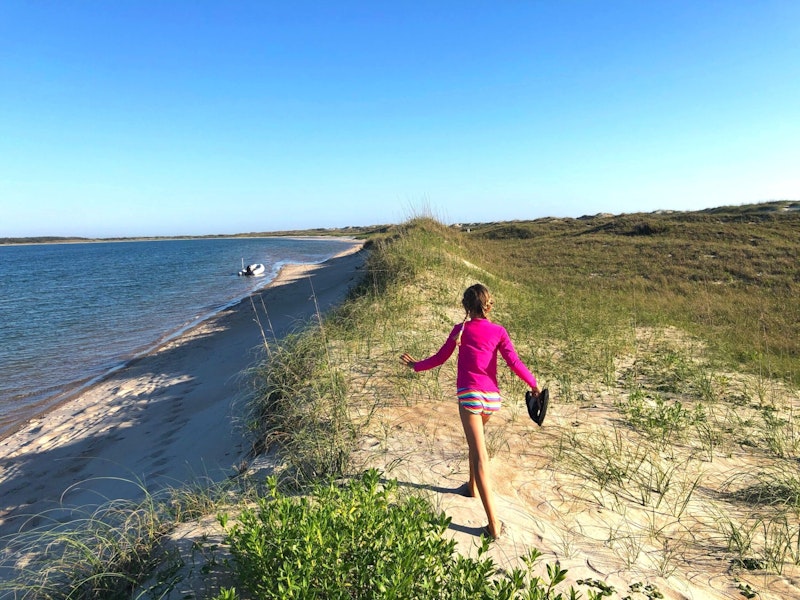 Dancing on the dunes in Cape Lookout

We spent a glorious 5 weeks in Cape Lookout, North Carolina. That sandy paradise was a nice reprieve from muddy rivers rushing by Twig in South Carolina. People were scarce during the weekdays and we made it to the beach nearly every day that there wasn’t a storm. Cape Lookout functions in the way the ocean does many miles from shore, only it’s very close to the mainland; as if you’re in a snowglobe where any shaking can happen at a moment’s notice, but you’re in the calm, warm bedroom of a child at the same time. One day could be a wonderful blue sky beach day with sweat dripping on our brows, and the next would be a line of low, dark clouds bringing 50 knot winds. We saw storm after storm, and I found I quite enjoyed living on the edge of the nation, not really in the ocean, but not really on shore…surviving without a trip to the grocery store or any civilized city for those weeks. Cape Lookout was my preparation for when I am an old woman and I’m living on an island in the middle of nowhere, in a house that could just as easily be blown down by 40 knots of wind as it could stand up to a hurricane. Only the experience of either scenario would tell. 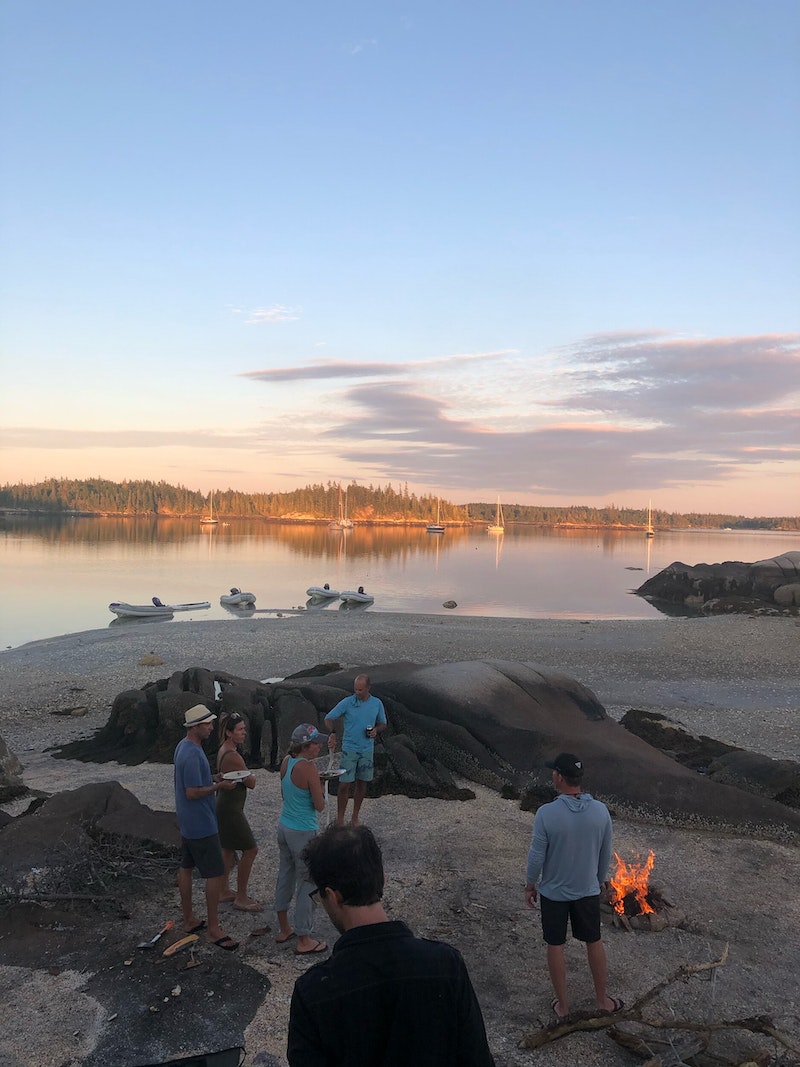 Things that appear at low tide

Once we got to Maine I relaxed, understandably, as I was in a place we’d lived in for many months before. Maine always feels like home, whether it’s the first time or subsequent times. I do think my duty in travels is to find these such places, where I have both no idea what’s beyond that mossy rock and a familiarity to all the new smells a place emits. One might think that doesn’t exist, but I find those places and my atheist bones are reminded of how spiritual my hippie/previous life self actually is. Once the southern gun shops had run out of guns before toilet paper, I knew I’d find more of the inner peace I’d needed in Maine. My heart stopped doing those skipping palpitations, and I found things like bread flour again.

I’ve gotten to the part where I forget where I was going, or why I even started writing in the first place. Maybe this shows you how my brain works, how it’s aged, and how I have little energy to write lately. I get paid to write to health clients each day, and this leaves my brain little creativity for the things I want to write about, for better or worse. 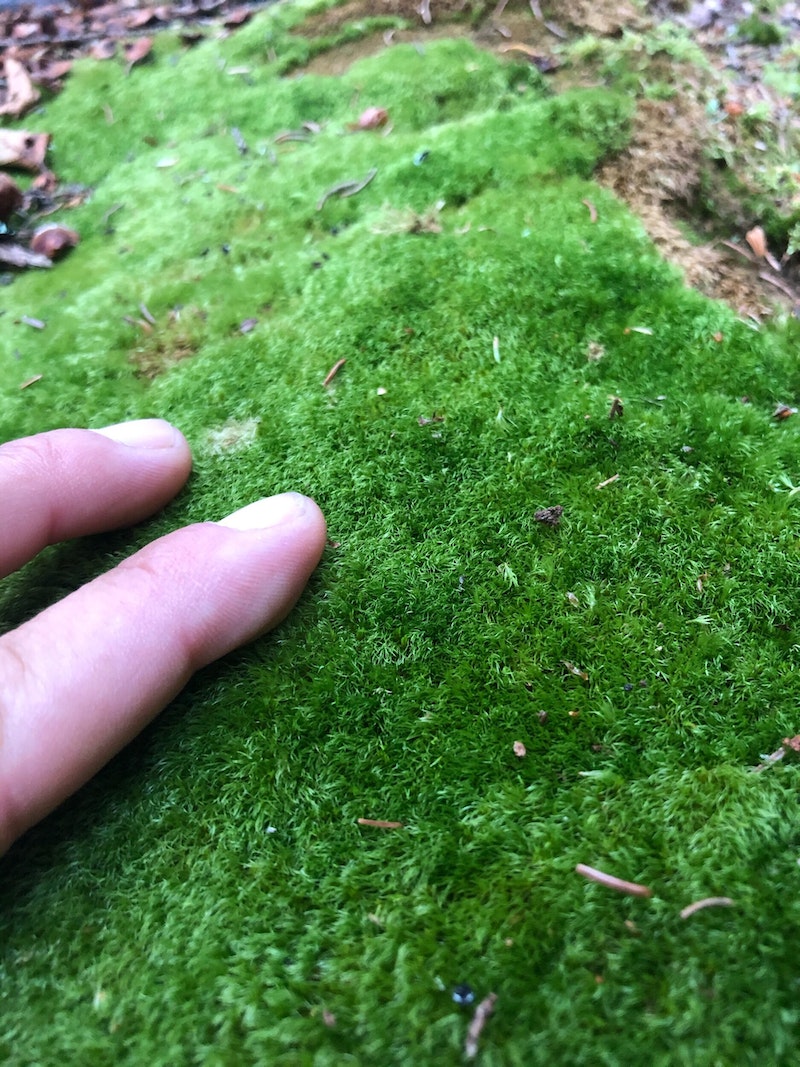 I’ll tell you how Maine smells. The mornings start cool, but they start early. By the time I wake, the sun has already begun to warm the air for a few hours. It’s shiny out the hatch by at least 4:30, and by 7 the low tide sea grass, the long, thick tufts that I call giant’s back hair (because at low tide it looks as if a bunch of hairy giants are bent over, faces in the water, looking for fish, with only their wet, brown/green back hair at the surface) smells of a dewy crawl space in summer. It’s a warm, wet smell that tickles your nose, but only in a soft, meandering way, so as not to alarm your sense completely, but provide a dull reminder that there is aquatic life surrounding you, and it’s summer. The heat is relative, because with a water temperature always hovering around 15 C (60F), anything above that will bring about an awakening in the biome. If the tide is covering the giant’s back hair, the smell will be more crisp, like a salty, fermented kombucha, only rather than the common fruity infusions, the ferment is more like a pine fermented salt. The salt smell isn’t that of a cafeteria french fry, but rather that of the salt on a pickle, minus the vinegar. Since you’ve probably never smelled a pickle minus the vinegar, you should just come to Maine to see. It’s an old and new salt smell all at once. Eventually the land warms faster than the water, creating a sea breeze. Warm, white pine filled air mixes with the salt air and pretty soon you’re putting on a sweater, then taking it off five seconds later. This lasts the entirety of the day. Maine smells of the shades of blue and green and orange mixed together. The blue is fresh, the green is strong and bright, and the orange is wise. 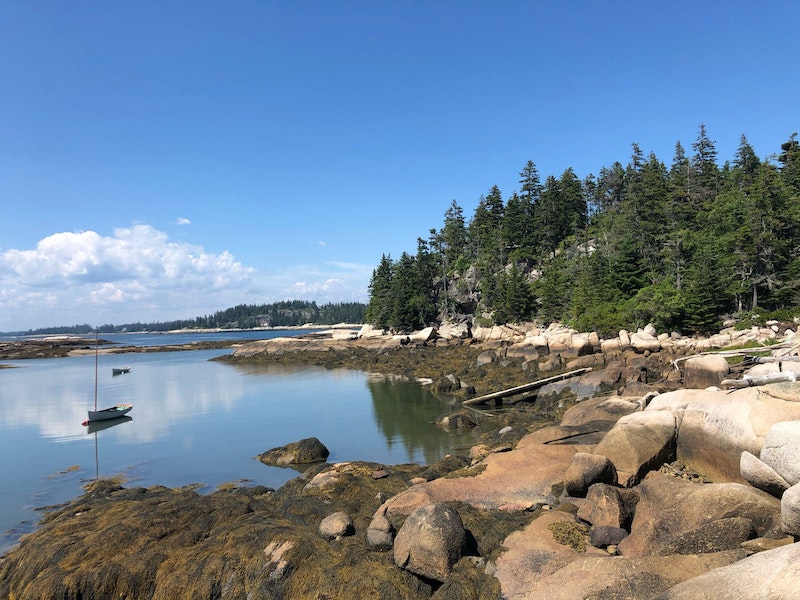 I spent a large portion of my teens/early 20s with a massive cyst in my left sinus. It was pushing on my facial bones for at least a year before it was found on a CT scan to rule out head damage after a bike accident. I’m not sure how this affected my sense of smell all those years, but I’m certain that I don’t smell all that well, or the same as other people who didn’t have things growing in their face. I am certain that this is how Maine smells, but like anything, it’s probably better in person.

As for what to come, we’ll be soon heading out of Maine, and south, maybe landing in the Bahamas if they’ll accept us after testing and quarantine. I look forward to warm, clear waters and hopefully more stillness in an increasingly volatile world. I’ll be updating my provisioning article for the Bahamas soon so watch out for that! 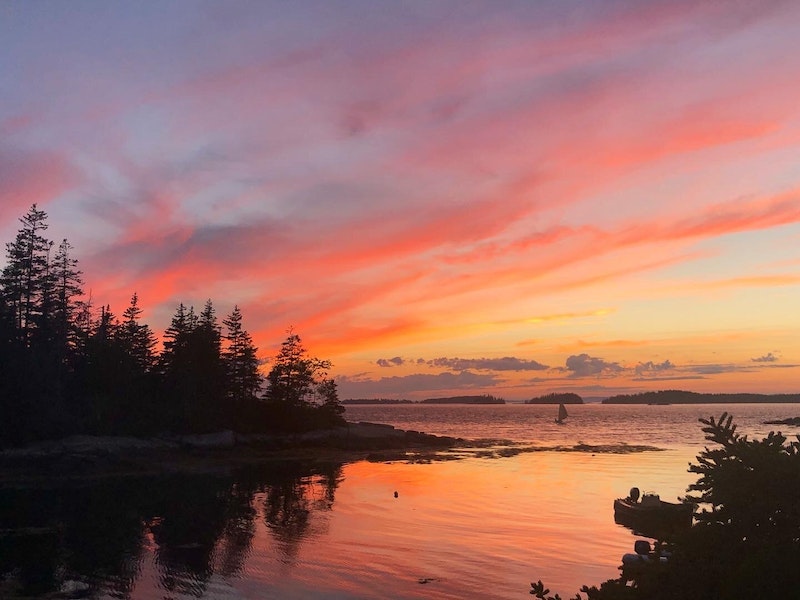